Danny Murphy came out all guns blazing at the manner in which England Under- 17 celebrated their victory this week. The Under-17’s beat Spain 5-2, having been 2-0 down at one point, to secure the World Cup. They capped off the remarkable comeback by turning their shirts around to reveal their individual names during the celebrations. 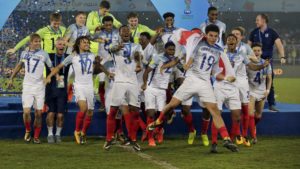 This individuality is something that Danny Murphy had an issue with. He believes it is a problem with society now and who can blame him? In a period of time where people are constantly using social media for self-promotion, there is very little collective appreciation. “There’s no England badge in the picture of them winning the World Cup – for me, that’s wrong,” he told Talksport. He believes that by turning their shirts around, they were just ‘thinking about fame’. 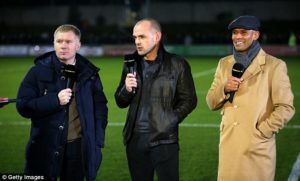 I don’t disagree with him in that respect, and it certainly does ‘create a big debate’ as he later pointed out. But the issues are a little more complicated than that. The problems are not all to do with the individual nature of the younger generation, referred to as the Millennials. There is also an issue with a more globalised society and its need for instant success.

Who are the Millennials? 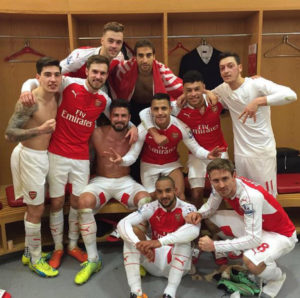 Millennials are generally referred to as the generation of people born between the mid-1980’s and 2000’s. As such, this would take into account a large majority of professional footballers currently playing, including those young Englishmen chastised by Danny Murphy. General stereotypes associated with this generation of people include; a sense of entitlement, an overwhelming need to share everything on social media and a narcissistic personality. Although some argue these characteristics are exaggerated and overused, current day footballers do seem to possess these traits, to some degree. And Arsenal players to a greater degree. At times they come across as entitled and lazy. They also come across as self obsessed and they definitely have a need to share their lives on social media.

The English players displayed a number of these characteristics in their celebrations, which is what Murphy had an issue with. The players were acting ‘selfishly’ by turning their shirts around. They were putting themselves before the team, their fame before the team. And they were showing off their individual talents, failing to realise they were part of a greater whole.

Rise of Individualism in Football 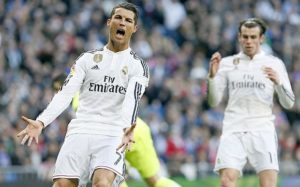 Cristiano Ronaldo is the epitome of this type of footballer. He has paved the way for this individualistic style of play and is considered, by many, as vain and self obsessed. Obsessed with himself , as well as with being the best. Prior to his rivalry with Messi, there was far less attention on the individual trophies. People were happy to win them, of course. But players would focus more on the team. The aspect that matters the most in a game like football.

However, since Ronaldo progressed to the top, it seems he made it his mission to win as many individual awards as possible. Maybe even at his team’s expense. He was seen, on multiple occasions, getting irritated with his teammates when they failed to pass to him. Even if a goal was scored. As recently as March 2017, his teammates supposedly held a heated meeting where the players accused Ronaldo of being too selfish.

This obsession to be the best has rubbed off on everyone else, and the game as a whole has become more individualistic. Even prompting Neymar to move to PSG in order to have a better chance of winning the Ballon D’or. More and more players are talking about being selfish to ‘better’ their own career. Fabregas has mentioned the need for Hazard to be so. Mbappe and Neymar have recently been criticised of being so. And general talk of winning the Ballon D’or is a constant hot topic.

In Murphy’s eyes, and many others as well, this England team’s celebration was just the cherry on top. It reinstated the belief that the current generation are arrogant, entitled and self obssessed. Only caring about themselves. 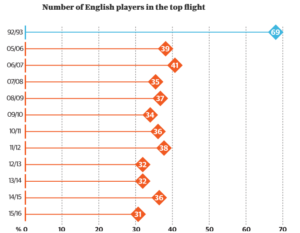 They are not given the opportunities their performances deserve and are cast aside. As a result, there is a need for them to stand out. That is the only way they will hope to make it in the footballing world. Just like the way Ronaldo stands out. He makes the game about himself and maybe it is time for the younger generation to do the same.