When West Ham United moved from the Boleyn Ground to the Olympic (London) Stadium at the beginning of last season, their fans were promised that they would compete with the biggest clubs. This has not happened, in fact it has turned into the opposite, and in the words of the West Ham fans, they have been sold “lies”. 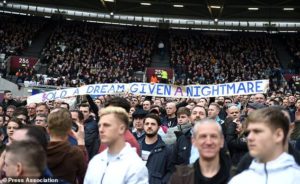 For weeks now there has been a build-up of tension and anger amongst the supporters at the London Stadium, however last weekend during their 3-0 home loss to Burnley, the fans really made their feelings known. Four West Ham fans invaded the pitch when the first of the three Burnley goals were scored. Mark Noble, who has been at the club for 14 years, and is considered by many as “Mr West Ham”, was seen pushing a supporter to the ground who had ran onto the pitch. Another supporter took a corner flag and ran onto the pitch with it. 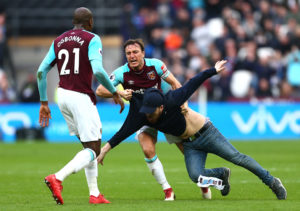 Towards the end of the match, the tension was so bad in the Home end that some fans were fearing for their children and therefore the Burnley players offered to let some of the younger fans sit on their substitutes bench (as shown in the picture below) 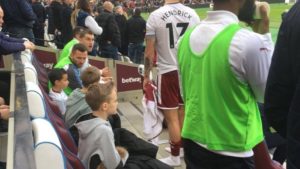 At one point in the match, fans even began throwing coins at the West Ham Co-owners David Gold and David Sullivan. Things got so bad that security at the stadium even advised them to leave their seats.

Why has the atmosphere got so toxic at West Ham?

The tension between the fans and the board began when they moved away from the Boleyn Ground, their home since 1904, to the Olympic Stadium. Many fans felt that they were losing a big part of their club and the move to a stadium that was double in capacity, would destroy the atmosphere. When they left the Boleyn, West Ham fans were promised Champions League football – a promise which has not been kept and could not be further away from the current state of affairs at the club.

Also, fans are discontent at the lack of sufficient spending at the club despite the sale of their superstar, Dimitri Payet, to Marseille for 25 million pounds. If you rate Payet at this summer’s World Cup, you can follow here for France outright winner odds.

These money from Payet were then spent on their record signing Marko Arnautovic from Stoke City, a player who came with huge expectation but has failed to the hit the heights in East London. Many other players including Zabaleta and Joe Hart have come in to West Ham however fans are discontent as they see a net transfer spend of around 30 Million pounds as unsatisfactory. 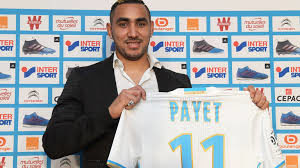 The supporters of West Ham are also angry that their famous crest has been rebranded. The “Boleyn castle” has been abandoned and the word “London” has been added under the crossed hammers. Some supporters have seen this change of crest as destroying the famous history of the club as well as feeling that the heritage of the East End club has been abandoned. 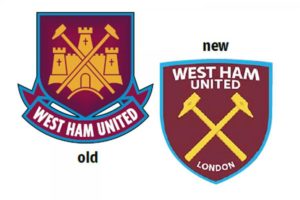 As well as all this, their manager Slaven Bilic was sacked in November 2017. Bilic was replaced with David Moyes. However, he has been unable to turn their fortunes around as they sit in 16th place, 3 points above the relegation zone.

What happens now at West Ham?

Following the troubles during the game at the weekend, West ham have released a statement explaining that an emergency meeting has been called to ensure no such trouble occurs again. There will be a strong police presence at all West Ham home games from now until the end of the season.

Despite this, anger remains very high amongst the fans and many fans are calling for the idea of a protest to be revived after the idea was shut down last time by the club.

Fans are still calling for owners Gold and Sullivan to sell the club as worries both on and off the pitch are increasing.

If the problems are not sorted out soon, and West Ham United get relegated, they could face a long road to get back to where this club should be.