Mental health in football is a topic rarely spoken about. There is the occasional footballer who’s illness goes public, in which case there is a flurry of conversation for a few days/weeks, but then it is back to square one. It becomes taboo again and the stigma continues. But things must change, and football needs to learn how to deal with mental illness. 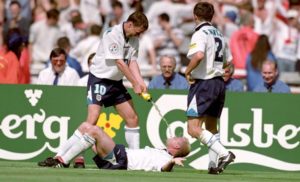 A large reason for football’s struggle with mental illness is due to the ‘laddish’ culture embedded in the sport. Mental illness is seen as a weakness and players fear for their jobs if they come forward. One such example is of a player who wrote a piece for the Telegraph, in May 2017, as ‘the Secret Footballer’. This epitomises everything wrong with football’s battle with mental health. There is a realisation that mental illness is real, but the player suffering is afraid of the repercussions and, thus, feels the need to hide their identity.

The life of a professional footballer is glorified, and the vast majority of people have little sympathy towards them. There is a notion that footballers, or anybody with fame and money for that matter, is immune to darkness. But, in reality, they are human just like the rest of us. They have emotions and suffer from issues. In addition to this, they are prone to huge pressures and stress as they are lumped into the public eye before they even know how to deal with it.

And above all, football is such a testosterone driven game that players are encouraged to bury their feelings and show no weakness. Therefore players hide mental health difficulties from those who are responsible for their welfare and well-being. These include coaches, managers, and, most importantly, medical professionals employed by football clubs.

But in recent years a number of high profile players have come forward with their sufferings. These include Steven Caulker, Clarke Carlisle and Stan Collymore. Stan Collymore, especially, has been a big advocate in helping others going through similar issues and is very public about his own suffering.

If you struggle with Depression the sad stories of suicide may make you feel nervous, edgy and frightened. Just talk to someone. It helps.

And more recently, Aaron Lennon, stopped playing for a while due to mental health. The 30-year-old Everton winger was taken to hospital in May after suffering from a stress-related illness. He is now back playing for Everton, and to a pretty good level, but only because of the support he received.

This emphasises the importance of managing those with mental health issues in the best way possible, making the story of the “Secret Footballer” even more baffling. He recalls the first time he told his manager he was going through depression and the incredible reaction of his supposed mentor. “I can remember the first time I told my manager that I was suffering with depression. I was almost in tears, but he didn’t flinch. Finally he leaned forward in his chair and said, “if at any time you’re not feeling quite right upstairs, then you must tell me.” It was such a relief and I was grateful for his understanding. Then he said, “because we have other players that can play.”

This kind of attitude is unacceptable and must be stamped out. Studies have shown that professional footballers’ work is characterised by uncertainty due to contracts, injuries and relocation. They also suffer from loneliness, superficial working relationships and mistrust of others. And on top of that, the constant pressure they are under is unlike any other job.

More high-profile people, most notably Prince Harry in recent weeks, have come forward to share their struggles with mental health. This goes a long way to resolving the misconception that status and wealth act as protection against mental ill-health. Mental health, like all illnesses, is indiscriminate.

The loosening of the stigma around mental health in our culture is certainly a positive development and now its time for the world of football to follow suit.