Data experts Gracenote released their findings this week and showed that England have a 4% chance of winning the upcoming world cup in Russia. Whilst some fans will be thinking ‘great, that’s better than I thought we’d do!’ other countries have faired much better and there are some other surprises such as a 50:50 chance of a new winner and how European and South American teams are expected to dominate.

Gracenote Sports originally developed its proprietary football ranking in 2002. The methodology based on the Elo system which is used for ranking chess players has been fine-tuned over the intervening 16 years. Every time two teams compete, one “wins” points from the other depending on the result and the following: 1) the winning margin, 2) which team is at “home,” and 3) the relative strength of the two teams playing. Gracenote also weighs the number of points which change hands by the importance of the competition and match. For example, FIFA World Cup matches and continental championships are considered more important than friendlies. 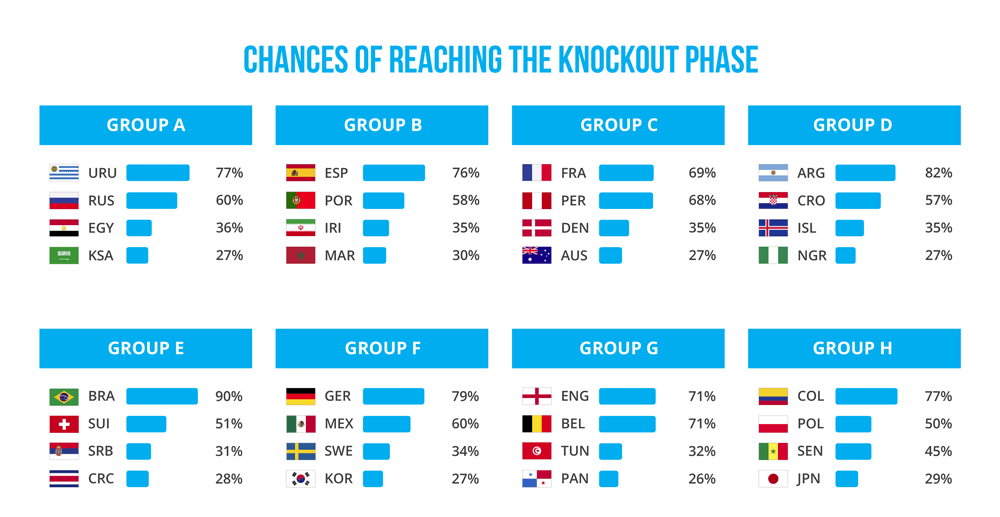 Dickie Bet is a specialise site that allows you to compare world cup odds. Follow our blog for regular updates during the world cup competition!