Arsenal Goalkeeper Petr Cech made history this weekend at the Emirates in Arsenal’s 3-0 win over Watford. His clean sheet in this game was his 200th in the Premier League.

Here are the 10 Goal keepers who have kept the most clean sheets in the history of the Premier League:

The former Danish footballer was voted The world’s best Goalkeeper for two years running in 1992 and 1993. His most successful years were at Manchester United where he captained the side that won the Champions league in 1999 to complete the famous “treble”. As well as playing for Manchester United, he played in the Premier League for Aston Villa where he became the first goalkeeper to score in a Premier league game. He also signed for Utd’s rivals City in 2002 for one season before retiring. 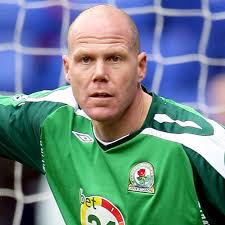 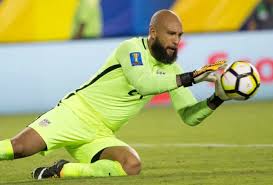 Howard made almost 400 appearances in the Premier League between 2003 and 2016. He played for Manchester United and Everton. In January 2012, the American became only the 4th goalkeeper to score in a Professional match when Everton faced Bolton. As well as this, Howard is themost capped player of all time for the US men’ s national team with 121 caps since his debut in 2002, with whom he has played in 2 world Cups. During the 2014 tournament, Howard set a World Cup record for the most saves in a match when he recorded 15 against Belgium. 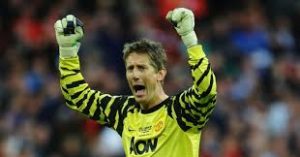 The 35 Year-old Spanish Goalkeeper currently plays for Napoli in Serie A. He moved to Liverpool in 2005 where he made his debut in the UEFA Super Cup final which Liverpool ended up wining. He enjoyed over 9 years in the Premier League with Liverpool, with more than 200 appearances in his first 5 seasons, making him the record holder for appearances by Spanish players in the Prem. He kept his 100th clean sheet for Liverpool in the 2010-11 season in a 3-0 Win against Aston Villa

Martyn enjoyed a senior career lasting almost 20 years in the English game. He played for Bristol Rovers, Crystal Palace, Leeds United and Everton before being forced to retire in 2006 due to an ankle injury. He won 23 caps for England, including the 2-2 Draw with Greece at Old Trafford which sent England to the 2002 World Cup finals. 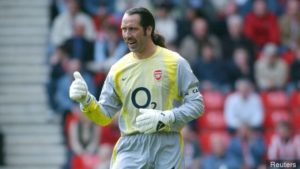 Seaman is best known for his illustrious 13-year career at Arsenal where he won 3 League Titles, 4 Fa Cups, 1 League Cup and the European Cup Winners Cup. He won 75 caps for England including appearances at the 1998 and 2002 World Cups. He is also the country’s second most capped Goalkeeper after Peter Shilton and was awarded an MBE for services to football in 1997. As well as Arsenal, he also played for Manchester City in the Premier league for a brief spell in the 2003-2004 season. 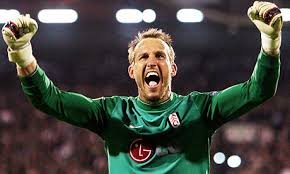 The former Australian International enjoyed a career in England lasting almost 20 years where he played for Middleborough, Fulham, Chelsea and Leicester City. He holds the record for the most appearances of a non-Brit in Premier League History and also is the oldest player to play in the knockout stages of the UEFA Champions League. He won 109 caps for Australia making him their most capped player when he Surpasses Alex Tobin’s record in January of 2011. 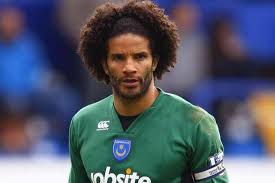 James is fourth on the List of all time Premier League appearances having featured In 572 top flight match. He played for Liverpool, Aston Villa, West Ham, Man City and Portsmouth in the Premier League. He holds the record for the oldest goalkeeper to appear in an FA Cup Final at the age of 39. He was capped 53 times by England and in 2012 he was awarded an MBE for his services to football and to Charity. 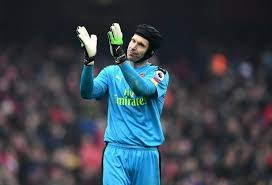 Cech enjoyed a successful 9 year stint at Chelsea where he won 4 League Titles, 4 FA Cups, 3 League Cups, 1 Europa League and 1 Champions League. He has also now added another FA cup medal during his time at Arsenal. He holds many other Premier League records such as the record for the fewest appearances to reach 100 clean sheets, doing so in just 180 games. He is also the most capped player for the Czech Republic National team with 124 appearances and has starred for them at 5 major tournaments.