This week, Mo Salah was awarded the PFA players player of the season for his remarkable first season back in England. We take a look at the 6 candidates that were on the shortlist for the award.  Manchester city dominated the shortlist with 3 out of the 6 players 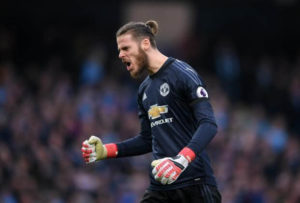 The Spaniard has featured in the PFA team of the year four times in the last 5 seasons. This season De Gea has played 39 Games for United, keeping a total of 20 clean sheets. He also has the cleanest sheets in the Premier League with 16 in 32 league games. As well as this, De Gea has the highest save percentage in the Premier League, stopping 80% of all shots that he has faced this season. This statistic also ranks third in Europe’s top 5 leagues (Germany, Spain, France, Italy and England). 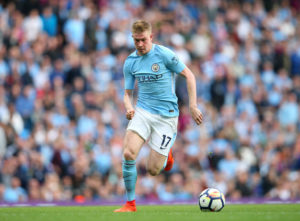 De Bruyne has played a huge role in the success of Manchester City this season and many people believe that he is one of the main reasons City are 13 points clear at the top of the League. Since he joined Man City in 2015, his range of passing, crossing and set-pieces have led to the Belgium International being considered as one of the best in the world.  In 47 appearances for hisclub this season, De Bruyne has scored 11 goals and has 20 assists. Additionally, he has created more chances than any other player in the Premier League this season with 102 and has the most assists in the top flight (15). Did you know that De Bruyne and the Red Devils are 16/1 for Belgium to win world cup. 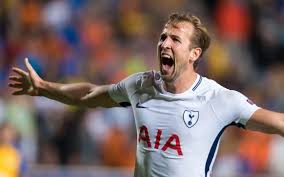 Kane has had yet another successful campaign in front of goal, scoring 36 goals in41 games for Spurs this season. In the Premier League Kane has 25 goals meaning that this is the fourth consecutive season that he has scored more than 20 goals, an achievement only held by 3 other players: Alan Sheared, Thierry Henry and Sergio Aguero. Harry Kane will also be hoping that he will be the first player since Henry to finish as the League’s top scorer 3 seasons in a row, although he is currently 4 goals behind Mohammed Salah. England Manager Gareth Southgate, will be hoping that Kane can replicate his prolific form at the World Cup in Russia this summer.

The young German International has also been a pivotal part to Manchester City’s success this season due to his pace, creativity and width. Sane has scored 13 goals in 44 games for his club this season as well as achieving an impressive 16 assists. Sane had many doubters in his first season in England due to his hefty price tag, however he has clearly proved all of those doubters wrong with an impressive campaign this year. At only 22 years of age, Leroy Sane will only keep on improving and could be on track to be one of the best in the world in the future. Want to back Sane in Russia this summer? Click here for Germany outright winner odds. 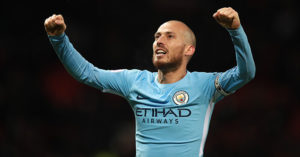 The Spanish International has been a vital part of the Manchester City team ever since he signed for the club 8 years ago from Valencia. The 32-year-old has scored 9 goals in 37 games and his 14 assists have also been key in City’s challenge for the Premier League title. Silva has a pass completion rate of 89% which is the highest amount of any attack minded player in the Premier League this season. 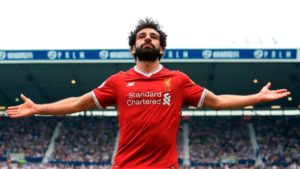 The winner of the award and Liverpool’s “Egyptian King” has enjoyed an extremely successful first season back in England that nobody expected. Salah, has scored 40 goals in 45 appearances for his club this season as well as 11 assists. He has an impressive 30 league goals in 34 games and is currently 5 goals ahead of Harry Kane in the race for the Premier League Golden Boot. The Egyptian has been involved in 51% of Liverpool’s goals this season which is more than any other player. He has also earned his side 15 points from his goals and assists which is also more than any other player in the Top flight of English football this season. Salah also scored in both legs of Liverpool’s Champions League Semi-final 5-1 aggregate win over Man City and he will also hope that he can replicate his magical form for Egypt at the World Cup this summer.