England were gifted by the ‘Hand of God’ when Diego Maradona drew the national team in a group they ought to qualify from. They have been joined by Roberto Martinez’s Belgium, Nabil Maaloul’s Tunisia and tournament debutants Panama. 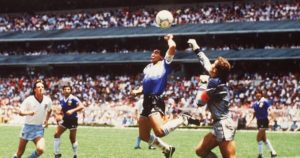 And the irony of Maradona’s use of his hands in the draw was not lost on anyone. Least of all Gary Linekar, who was helping present the ceremony. He commented that “Diego has always been good with his hands,” and Gareth Southgate later praised Linekar for the delivery of his joke, stating that he “ thought Gary captured that well.”

There was a lot of speculation and anxiety beforehand with so much at stake, but the draw has taken some steps to ease everyone’s nerves. And many believe that by the time England face Belgium, in the final round of matches, both teams should have qualified. But this is easier said than done, and with England’s recent record against lower ranked teams, there will always be an air of anxiety.

Head to Head with Belgium: 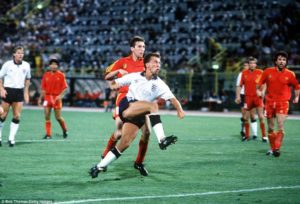 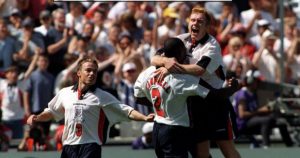 Have never played each other

England have faced Belgium 21 times, losing just the once in 1936, with their most recent competitive match coming in the 1990 World Cup. But England will be well aware of Belgium’s strengths and weaknesses given that over half their squad compete in the Premier League. And Southgate believes there will be no surprises in what Belgium can do.  “We know everything about Belgium. I think that will capture the imagination back home as they have so many players in our league. They have probably the best group of players they’ve ever had.”

The other two opponents will be bigger unknowns. England have only played Tunisia twice, most recently in the 1998 World Cup, and have never faced Panama. And with this also being the Panamanians first World Cup tournament in their history, there will be even less to know about them. Southgate is well aware of this and has targeted it straight away. “We need to find out more about Tunisia and Panama as we haven’t been tracking them.”

He then added that England must focus on getting out of the group first, before getting too excited about the next round. “My experience of tournaments is you need to get a result in all three matches. In the past we’ve assumed we’ll be in certain rounds but we need to make sure we get out of our group.”

There has been an overwhelmingly positive response to England’s group from the majority of fans, pundits and former players alike. Ex-Match of the day pundit, Mark Lawrenson, is one of those that think England should breeze through the group, stating: “If England don’t qualify from the group, it’s time to pack it in. It’s that good a draw.” And 1990 semi-finalist, Chris Waddle, was another former professional who was happy with the draw. “It’s a fantastic draw for England”

But one ex-professional was not. Liverpool legend Robbie Fowler believes that the hands of Maradona came back to haunt England once more.

“I keep hearing that the World Cup draw was the ‘best possible result’ for England, but, in many ways, for me it’s the worst. OK, on the surface, they have avoided some of the tougher teams. For now. But so what? Surely history has told us there is no such thing as an easy draw. Especially with a team that has always struggled.” 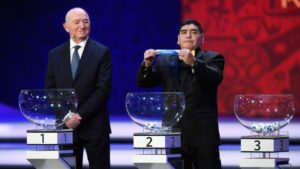 He then went on to describe Diego’s appearance as ‘cheap’ in his Daily Mirror article. “Diego Maradona looked like a cheap club-circuit magician at the ceremony and I genuinely would have liked to see him conjure a tougher group out of the hat for Gareth Southgate. For one, if you’re going any distance in the tournament, you have to beat the best anyway.”

Possible route to the final

The ‘best’ will have to wait until the quarter finals at least, as England will face a team from Group H in the last-16. Should they get that far. This consists of Poland, Senegal, Columbia and Japan. And although they all pose a threat, none of those teams compare to the likes of France, Brazil, Germany and Spain.

Their route to the final would likely be Brazil in the quarters, France in the semis and Germany awaiting them in Moscow on the 15th July. Sounds realistic doesn’t it?