Football and excuses go hand in hand. It seems managers can literally blame anything but their players, or themselves, for a defeat. So much so that Guardiola came out this week and blamed the weight of the ball for his side’s inability to score a goal against lowly Wolves. Even Arsenal managed to score a goal with that ball. That prompted me to take a trip down memory lane at some of the most remarkable excuses in football. Whether the footballing world are excusing a loss, certain player’s actions or just having a general huff, their blame game is pretty unique. I will run down my ten favourite excuses in the history of football. 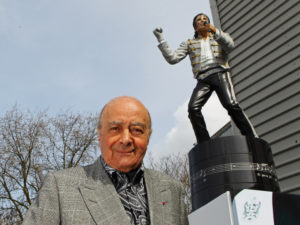 The charismatic, former owner of Fulham FC, Mohamed Al Fayed is a good businessman. He also comes across as quite a funny man as his time on ‘Da Ali G show’ can testify. But in terms of running a football club, I think he had his priorities a little mixed up. He erected a 7ft Michael Jackson statue outside Craven Cottage in 2011. And when his successor, Shahid Kahn, took the statue down a few years later, Al Fayed blamed that for the reason Fulham were relegated in 2014. “This statue was a charm and we removed the luck from the club, and now we have to pay the price”.

Very interesting theory. I’ll get back to you on that one. 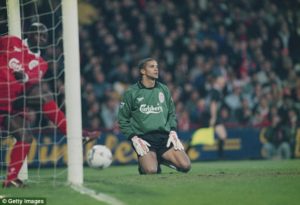 During his Liverpool days, David James blamed his Playstation when he was found wanting for three of the goals against Newcastle in 1997. “I was getting carried away playing Tekken II and Tomb Raider for hours on end”.

Perhaps he will blame his recent bankruptcy on playing too much ‘World of Warcraft’ (too far?). 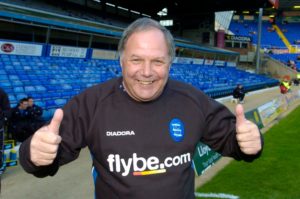 The football world needs more characters like Barry Fry. The ex-Birmingham City manager claimed the reason they repeatedly failed to get promoted to the top division was due to a gypsy curse at their stadium. Fry, being the hero they needed rather than the one they deserved, took matters into his own hands by urinating in the four corners of St. Andrews stadium.

“We went three months without winning… We were desperate, so I pi**ed in all four corners, holding it in while I waddled round the pitch. Did it work? Well, we started to win and I thought it had, then they f***ing sacked me, so probably not.” 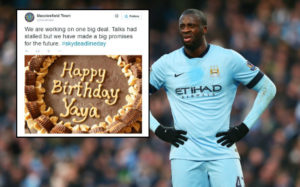 Yaya Toure’s outburst, and subsequent transfer request, because of a lack of birthday cake has got to be up with there with one of the strangest series of events football has witnessed. He persuaded his agent to kick up a fuss, saying “What happened at his birthday meant the club don’t care about him. It was proof. None of them shook his hand on his birthday. It’s really sick”.

Don’t worry, everything was resolved with a new contract. And a little hug. Hip-hip-hooray! 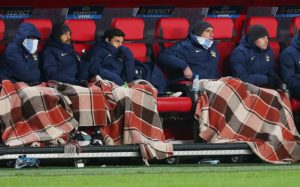 Pep Guardiola is not the only Manchester City manager who has tried to justify poor performances, nor will he be the last. On a cold night in Moscow (aren’t they always cold?), Manuel Pellegrini accused the temperature of causing his side to let a 2-0 lead slip in the second half. “We played very well in the first half, but maybe it was too cold in the second half”.

Maybe they should have worn more blankets?

What can we say about Luis Suarez? He is a pretty gifted footballer, that’s what. But he doesn’t have the greatest gift when it comes to making up excuses. Following the Uruguayan’s four month ban for biting the Italian Giorgio Chiellini, Suarez appealed to Fifa. He wrote “After the impact… I lost my balance, making my body unstable and falling on top of my opponent. At that moment, I hit my face against the player…”

It may have helped his cause if his face hadn’t also hit Branislav Ivanovic a year earlier after falling off balance once again. 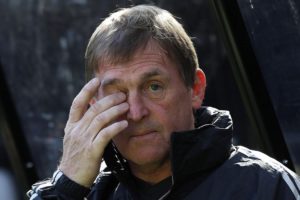 ‘Don’t let the ball bounce’ was taken to another level in the FA Cup clash between Newcastle United and Stevenage Borough (now FC) in 1998. Following a surprising 1-1 draw, the then-Newcastle United manager Kenny Dalglish looked the reporter in the eye and claimed the bouncy balls ‘suited them more than us’.

How were you hoping they would bounce, Kenny? Sideways? 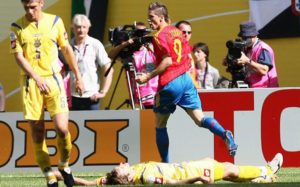 Next on the list are the Ukrainian team, or more specifically Vladislav Vashchuk. Apparently their 4-0 defeat to Spain in the 2006 World Cup was due to frogs, who supposedly kept them up at night. “Because of the frogs’ croaking we hardly got a wink of sleep, we all agreed we would take some sticks and go and hunt them”.

It seems that was the only thing preventing them from winning the World Cup. 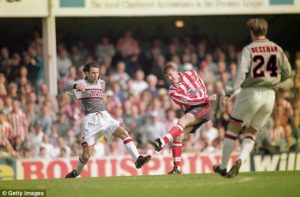 Sir Alex Ferguson is not short of a complaint, or excuse for that matter. After a 27-year career at Manchester United, there are bound to be hundreds. But one of the most bizarre ones came during a match with Southampton in 1996. The team were 3-0 down at half time when Ferguson ordered them to change their shirts. After the match, it became clear that he blamed the grey shirts as the reason they lost, claiming his players could not pick each other out.

Manchester United need to learn a thing or two about contrasting colours next time. 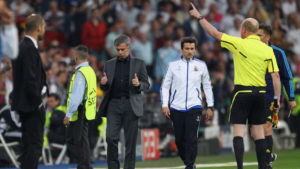 Like Ferguson, Mourinho is also the master of excuses. Nowadays, however, it seems that every excuse he proposes comes across as a little overused. But a few years ago, things were different. During his time with Real Madrid, in 2011, he used his Supacopa loss as a chance to belittle arch rivals Barcelona, blaming their small stature and lack of ball-boys for the loss. “There were no ball boys in the second half, something typical of small teams…”.

Ouch that has got to hurt. Although it would have probably hurt more if he had managed to beat them. Hey ho. At least people now know they’re a small team.