Both starring at right wing back in Chelsea’s title-winning season and being nominated for BBC African Player of the Year 2017 are arguably two of the biggest achievements in the career of Victor Moses.

However life hasn’t always been simple for the 26-year old from Nigeria. From becoming an orphan to being sent out on loan continuously, Moses has had to overcome a great deal of hurdles and has had to show significant amounts of perseverance to be where he is today.

In 2002 ,whilst he was playing football in the streets, both his Mother and Father were tragically killed in religious clashes in Nigeria. Almost immediately, the rest of his family managed to summon enough money to send an 11-year old Victor Moses to England as an asylum seeker. Upon arrival in England, Moses was given Foster parents. They sent him to a school in South Norwood, which was close to an asylum support and immigration Centre in Croydon.

In an interview with BBC Sport, Moses explained “It was tough in the beginning – being suddenly thrown into a different culture and stuff like that”. He went on to say that making friends was extremely difficult for him especially as when he first arrived he could not speak the language.

Moses also told the BBC that it was difficult to start with but he ‘survived’. I strongly feel that it was this surviving through the toughest times that has lead him to be the player and the man that he is today.

The first steps of an illustrious football career

Once he had settled into life as an orphan, in a completely different world to what he was used to, Victor Moses took his first steps in becoming the player that he is today.

He began playing football for fun, however due to his constant enthusiasm and his clear footballing talent, he caught the eye of a local team called Cosmos 90 FC who played in a nearby youth league. This was Moses’ first feel of organized football and it was clear to those that were observing him that he had a great footballing ability. 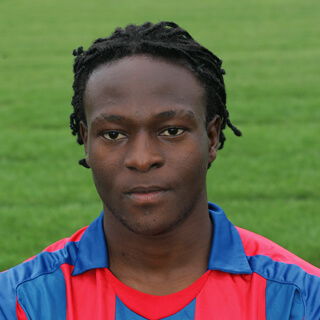 One particular story that stood out from the youth career of Moses was told by Youth team manager Tony Loizi. Loizi said “… Victor goes up to the goalkeeper, puts the ball through his legs, turns around chips it back over his head and then beats him again. The kid was in tears he absolutely humiliated him”. He then went on to explain that the mother of the child came onto the pitch and starts hitting him over his head with her handbaf as he humiliated him. Loizi says “ It doesn’t matter how good you are, you have got to be humble”

At the time Moses joined Cosmos 90, they weren’t in the best of form and were clearly struggling in their division. However, the arrival of the young Nigerian managed to change the clubs fortunes and the name Victor Moses was suddenly. Due to this increased attention, he was snapped up by Crystal Palace after an impressive trial. This was only the start of a career that has now consisted of a Premier League winners medal, a Europa League winners medal and a cap in the World Cup.

According to his biography and Goal.com, at 13 years old, Victor scored so many goals against the opposition that after humiliating the goalkeeper, the boy’s Mum ran on the pitch and started hitting him over the head with a handbag.

Moses made his first team debut for Palace at the age of 16 on 6 November 2007 in a 1–1 draw with Cardiff City. He kept his place in the side thereafter and scored his first senior goal on 12 March 2008 in a 1–1 draw with West Bromwich Albion. Moses went on to play 58 times for Palace, scoring 11 goals before sealing a 2.5 million pound transfer to Wigan on the final day of the 2010 January Transfer window.

After playing for Wigan 78 times and scoring 8 times, Moses caught the eye of Chelsea. Chelsea had 4 bids turned down for the player before having a fifth bid finally accepted on the 23rd August 2012.

Prior to the arrival of Antonio Conte in 2016, no manager at Chelsea other than Rafa Benitez had given Moses a sniff of first team action. However, Conte had seen something in the Nigerian that nobody, even Moses himself, had spotted.

Moses was thrust into Chelsea’s starting line up for the first time in 3 years in October 2016 playing in the unfamiliar position of Right wing back. He Adapted to the unfamiliar role so well that not only was he named man of the match in that game but he also went on to play 22 games in a row after that.

Moses told BBC sport “ I had never played in that (wing-back) position before and when the manager came in, he talked me through it and then put me there”. He also added “It was good to have the manager’s support, and he backed me and gave me the confidence to go out there and express myself”

Moses played a huge role role in the title winning team of Chelsea last season, calling the day they won the title as ‘one of the happiest in his life’.

Victor Moses has had to overcome both personal heartbreak and repeated setbacks within football to be where he is today, being able to play at a level where surely nobody thought that he would ever reach.