Brazil have been the most successful 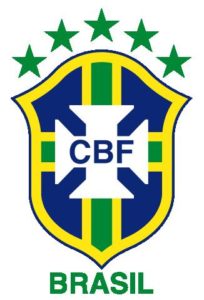 nation in World Cup history, being the only team to qualify for every tournament since its inception in 1930 and winning it a record five times. There is no surprise then to see that they are one of the most feared teams going into the World Cup in 2018. This is backed up by the fact that they are favourites to win the trophy and have odds of 5/1 to win the World Cup outright. They finished top of the South American qualifying group, a staggering 10 points ahead of second place. Despite this, there would have been some concerned supporters last summer after their poor showing at the Copa America which resulted in the sacking of Dunga. Fast forward a year and they look to be back to the Brazil of old just in time for their 21st World Cup appearance.

With DickieBet, you have the option of getting a free bet through one of our pages, and the odds will be constantly updated throughout the tournament.

Tite took over in the summer of 2016 and looks to have transformed this Brazilian squad from a group of individuals into a collective and more united team. He has helped catapult them up the rankings from a lowly ninth, in July 2016, to the highs of second in the updated October 2017 rankings. They have the confidence now and, with the talent at their disposal, it will take some stopping to prevent them from winning their sixth World Cup title.

Tite, himself, admitted in a recent interview that Brazil should be considered one of the favourites due to their recent results and the level of performances they have produced. These include a 3-0 victory over Argentina and a 4-1 thrashing over Uruguay. They conceded the fewest (11 in 18 matches) and scored the most (41 in 18) in the South American qualifying group, which suggests they are a more complete team. Brazil cruised through their qualifying group with two games to spare, being the first team to qualify for the 2018 World Cup after hosts Russia. They have won ten of their first twelve competitive matches under Tite and finished off their qualifying campaign with a comfortable 3-0 victory over Chile. 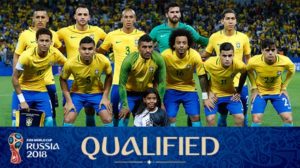 Brazil have a very inexperienced set of goalkeepers in their ranks. Alisson Becker is currently the most capped goalkeeper in their squad with just 20 appearances. Alisson played second fiddle to Wojciech Szczesny for most of the 16/17 season but has recently been upgraded to Roma’s number 1 position after Szczesny’s transfer to Juventus in the summer.  Ederson, at 24 years of age, has just the one cap to his name but will battle with Alisson to become Brazil’s number one come the summer. Manchester City fans will be adamant that Ederson should be in the first XI after his impressive start to the season for their club, keeping 5 clean sheets in his opening 8 Premier League appearances.

The experienced full back pairing of Dani Alves and Marcelo will be certain to feature in the squad. They have both been at the top of the game for over a decade, playing at the biggest clubs and winning the biggest trophies so their know-how will be vital. Left-back is more competitive with Atletico Madrid’s Filipe Luis and Juventus’s Alex Sandro breathing down Marcelo’s neck for a starting position. Whilst on the right-hand side, Rafinha of Bayern Munich and Fagner, wo played under Tite at Corinthians, will be fighting to be Alves’s back-up. The centre-back pairing will most likely be PSG’s Thiago Silva and Inter Milan’s Joao Miranda, with Marquinhos not too far behind.

There is a small contingent of premier league midfielders who are guaranteed to be in the squad if fit; Coutinho, Fernandinho and Willian. They have all impressed for their respective clubs over the past few seasons and are proven big-game players. Real Madrid’s rock in midfield, Casemiro, will be on the plane to Russia, along with surprise Barcelona signing Paulinho, who has become a big favourite under Tite’s management.

This team, like in the 2014 World Cup, will be built around Neymar who will float around in the forward line. In contrast to the 2014 World Cup, he will be partnered with top-quality strikers; Premier League duo Roberto Firmino and Gariel Jesus. Firmino is normally the player left on the bench but whoever ends up playing will create constant opportunities and be a real threat.

Who is the Manager? 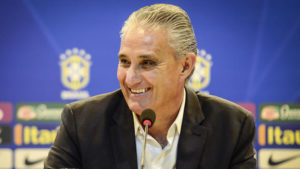 At just 55 years old, Tite is in his 17th managerial job! He has steered clear of any European adventures, preferring to work in his native Brazil, with a couple of stints in the United Arab Emirates (UAE). He has spent time at three of Brazilian’s biggest clubs- Gremio, Internacional and Corinthians- winning the Copa Libertadores and Copa Sudamericana (South America’s version of the Champions League and Europa League). He, therefore, has had plenty of experience, just not the experience most Europeans will be aware of.

From the moment Tite succeeded Dunga, there was a different feel about the national team. He was far more patient and engaging than his predecessor and managed to win over the Brazilian media and players almost immediately. Tite kept similar personnel, with the exception of reinstating Thiago Silva and Marcelo to the squad (their rightful place) and the addition of Spurs flop Paulinho, to almost everyone’s surprise. The contrasting styles of management were worlds apart.

Dunga fixated on playing a far more defensive shape than the players were capable of and carried himself with an arrogance that turned the players off. The first thing Tite changed when taking charge was moving all the players 20 yards further forward. He brought Marcelo and Thiago Silva back into the starting XI, due to their incredible speed, to protect the defence as a result of the higher defensive line. He also managed his players in a more sensitive manner, looking to build relationships with them, and was able to get the best out of Coutinho and other forward-thinking players, including Manchester City’s Jesus and Chelsea’s Willian. This helped take the goal-scoring pressure off Neymar. One of the more impressive pieces of management carried out by Tite was to rotate the role of captain amongst some of the more experienced players so they were forced to take more responsibility. These were all neat tactics to get the group working better together and so far, it has worked wonders. 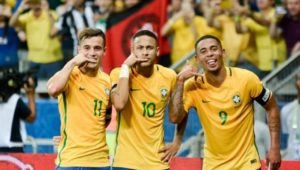 Forming a united team is one of the toughest tasks international managers face due to the limited time spent with the players in comparison to their club colleagues. But the ease at which he has achieved this, is testament to his managerial skills and stands Brazil in good stead heading into the World Cup. Let’s see if they can take advantage of this during the tournament.