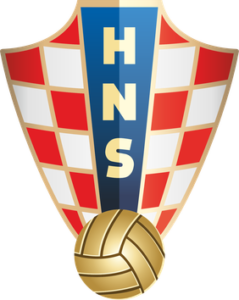 Since becoming independent in 1991, Croatia have only failed to qualify for one World Cup in six attempts, in 2010. However the 1998 tournament remains the only time they progressed past the group stage, as they finished in third place. Since then, they have won two matches from nine, conceding 12 goals along the way. This is a poor record for a nation that has developed some great players and this year they will expect significant improvements.

These improvements can be frequently checked via the DickieBet site. Odds will be regularly updated in order to give you the best possible bets. And there will also be opportunities to gain free bets through the website.

Croatia have an impressively talented squad. And containing a trio of Real Madrid’s Luka Modric, Barcelona’s Ivan Rakitic and Juventus’s Mario Mandzukic, they can really mix it with the best. These players have been at the top level for such a long period of time and they provide the team with enough quality to beat anyone. The Blazers also possess a number of other familiar names, including Liverpool’s Dejan Lovren, Madrid’s Mateo Kovacic and Inter Milan’s Ivan Perišić. They carry a lot of experience and, after beating Spain at Euro 2016, will be confident of beating most teams.

Croatia confirmed qualification for the World Cup after an emphatic 4-1 victory over Greece in the playoffs. This was after they came second in Group I, behind surprise winners Iceland. The Croats had a superb defensive record in qualifying, conceding just the four goals in ten qualifiers. Which was accompanied by a solid six clean sheets as well. However, they have had inconsistent performances of late and will need to improve this if they are to go far in the competition. They struggled towards the end of qualifying, winning 2 of their final 5 group matches, which led to the sacking of their manager. 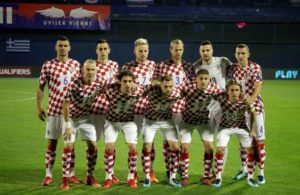 Since the retirement of Stipe Pletikosa in 2014, Danijel Subašić has become Croatia’s number one. The Monaco keeper has been involved in 10 of Croatia’s 12 qualification matches, and featured in every minute of the Euro 2016 campaign. He was also Monaco’s number one during their title winning season last year, starting 36 of their 38 matches. Gent’s Lovre Kalinić has featured when Subašić has been unavailable and will be ready should Croatia need him this summer. The final spot in the squad will be taken up by Dinamo Zagreb’s Dominik Livaković. The 22-year-old has made just the one appearance, playing against Chile in the 2017 China Cup.

Dynamo Kiev’s Josip Pivarić had been a regular under previous manager Ante Čačić. But since Zlatko Dalic took over, Pivarić has had to settle for a place on the bench, with Sampdoria’s Ivan Strinić replacing him at left-back for the playoff tie with Greece. This should make things interesting in terms of who will be starting in Russia. On the other hand, Atletico Madrid’s Šime Vrsaljko has been a mainstay in the team. He has played 890 minutes in qualification, showing off his versatility by playing in both full-back positions. He also became one the youngest captains of the national team, at the age of 22, in 2014. Liverpool’s Dejan Lovren and Dynamo Kiev’s Domagoj Vida are the preferred centre-back partnership. But Lovren has not featured as much due to constant back issues, which has paved the way for Besiktas youngester Matej Mitrović to enjoy more game time.

Croatia have a number of top quality players in the midfield positions. Real Madrid’s Luka Modric and Barcelona’s Ivan Rakitic have won everything at club level and their experience is vital. They have combined well together alongside Modric’s club teammate Mateo Kovacic, 23, who has also been brilliant. But he picked up an injury in September and missed their last few matches. Marcelo Brozović, of Inter Milan, replaced Kovacic in that midfield, playing alongside Modric and Rakitic as part of a midfield triangle. Whilst Inter Milan’s Ivan Perišić and Hoffenheim’s Andrej Kramarić have frequently been deployed in a front three, providing pace and trickery in the forward line.

Croatia’s strikers have great experience at the top level in Europe. Juventus’s Mario Mandžukić is their standout forward with 30 goals in 81 appearances for his country. But he is sometimes played out wide to make room for Milan’s Nikola Kalinić. The 29-year-old, who has been playing in Serie A for the last 3 seasons, chipped in with three goals during qualification. Hoffenheim’s Andrej Kramarić should also make it on the plane, having impressed in recent years. 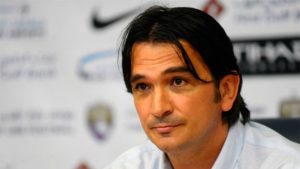 Zlatko Dalic was bizarrely appointed Ante Čačić’s successor with just a game to go in qualification. This came after Čačić only managed to gain four points in his final four games, the last of which was a disappointing draw with Finland.

Dalic was appointed on a short term basis with his objective to steer the Croatians through the playoffs. He did this impressively after a 4-1 aggregate victory over Greece. And now he seems destined to be offered a long term contract, with Luka Modric a big supporter. “It would be crazy if Dalic wasn’t the coach [for the World Cup], he has done a phenomenal job,” he said.

The 51-year-old Croatian spent minimal time in Europe, preferring to manage clubs in both Saudi Arabia and United Arab Emirates. And he has been pretty successful, winning six trophies across those seven years in the Middle East. But this job will be a much tougher test. There will be huge pressure and great expectations on his shoulders, and it will be up to him to find a way to deal with this.