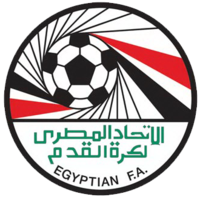 Egypt qualified with a game to spare after topping their group in the African section, largely due to the brilliance of Liverpool’s Mohammed Salah. The Pharaohs will only be competing in their third World Cup tournament, after a 28-year absence from the competition. With their previous appearances coming in 1934 and 1990. They failed to win a match in any of those tournaments and will be hoping to fare a lot better this time around.

You can keep updated with how Egypt get on in this summer’s World Cup via the DickieBet website. There will be regularly updated odds and stats, as well as a chance to take advantage of some free bets.

Although they have failed to make a mark on the world stage, they have a brilliant recent history in the African Cup of Nations. They won three successive tournaments between 2006-2010 and finished as runners-up in 2017. Consequently, they have a squad that has both the experience and mentality to deal with the pressures of tournament football. Additionally, they have a genuine star player in Mohammed Salah, who has been brilliant for both his club and country this season. He scored both goals in the victory that sent them through, sparking crazy scenes at the end of the match.

The moment Egypt ended a 28 year wait to reach the World Cup. pic.twitter.com/cscCd3I8yj

Egypt were far from free flowing in their qualification campaign, winning just the sole match by more than a one goal margin. They kept only two clean sheets from their six matches and fell to a shock defeat by Uganda. They relied heavily on the brilliance of Mohammed Salah who scored over 60% of their goals in the group. But they managed to qualify with a game to spare and will be raring to go after such a long absence. 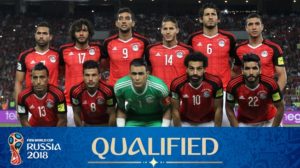 Egypt’s 44-year-old goalkeeper, Essam El-Hadary, could become the oldest player ever to play at a World Cup if he starts next summer. The veteran, who plays his club football in Saudi Arabia, has made 156 appearances and counting. It is an exceptional achievement in longevity. The chance to be back-up keeper is a straight fight between Sherif Ekramy and Ahmed El-Shenawy. Both have featured at some point during the qualification campaign but may have to settle for a place on the bench in Russia.

Egypt have had a settled back-line throughout the African qualification, with all four defenders at least featuring in four of the six matches played. The full-back positions have been taken up by the experienced Ahmed Fathy, 33, and Mohamed Abdel-Shafy, 32. Fathy, the vice-captain, has made 123 appearances for the national team, whilst Abdel-Shafy is nearing a half-century of caps. And in central defence, the partnership between West Brom’s Ahmed Hegazi and Al Ahly’s Ramy Rabia has been vital. Hegazi, especially, has been hugely influential, helping the team keep three clean sheets. Aston Villa’s Ahmed Elmohamady, Zamalek’s Ali Gabr and Al Ahly’s Saad Samir have also played a role and will likely be in the squad for Russia.

Arsenal’s Mohamed Elneny has been the main anchor in midfield, partnering a number of different players. These include; Abdalla El Said, English-born Sam Morsy and Tarek Hamed. 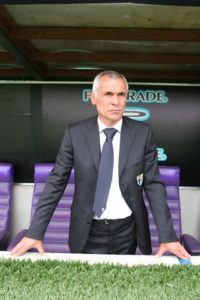 Hector Cuper was announced the new Egyptian manager in March 2015. Originally he was not on the 5-man shortlist but due to a variety of reasons, including financial restraints, he was the surprise choice to replace Shawky Gharieb. The Egyptian FA have not looked back since. He guided them to the Africa Cup of Nations final in 2017 and helped them qualify for the World Cup for the first time in almost 30 years. It has been a successful appointment, to say the least.

Cuper began his managerial career in his native Argentina, before jumping ship to Europe in 1997. There, the 61-year-old Argentinian experienced some success at a number of elite clubs, including Valencia, Inter Milan and Real Mallorca. However, as his career progressed, he started to develop a curse in cup finals. In his first season with Mallorca in 1998, he lost in the Copa del Rey final, before losing in the final of the Uefa Cup the following season.

This pattern continued over at Valencia. And after overseeing some brilliant football from his team, he faltered at the final stage of the Champions League for two successive seasons. In 2000 they lost 3-0 to Real Madrid, whereas in 2001 it was a far closer contest as Bayern Munich won on penalties.