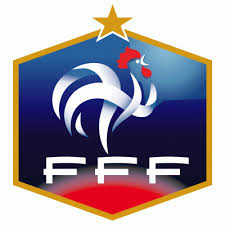 France will be considered as one of the favourites for the world cup and rightly so. They are currently considered the fourth favourites for the trophy, behind Germany, Brazil and Spain, with France outright winner odds at around 6/1. There is a special feeling around the French squad and they can feel themselves getting closer after their narrow defeat in the final to Portugal at Euro 2016.

Dickie Bet is your home of world cup odds, including a range of world cup free bets for all nations participating in the Russia World Cup 2018.

France’s outright winner odds are around 6/1 which is largely due to their depth in squad. The team boosts incredible talent including the likes of Paul Pogba, N’Golo Kante, Antoine Greizmann, M’bappe, Lemar, Mendy and Hugeo Lloris in goal. In fact, their second team is so good that noticeable players will be left out of the squad including Anthony Martial and Karim Benzema.

After the internal fiasco that occurred during the 2010 World Cup, France have recovered well and have made big strides in recent competitive tournaments, writes Dickie Bet. They lost at the quarter final stage at both Euro 2012 and the 2014 World Cup, losing to eventual champions Germany. In addition, they finished as runners up in Euro 2016 as hosts, succumbing to a loss in the final few minutes of the match. The performances in their home tournament at Euro 2016 will give them huge confidence that they can produce results in the biggest matches under significant pressure. 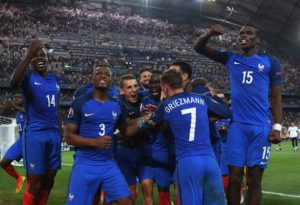 France were solid, if not spectacular, in their qualifying pursuit, winning 7 of their 10 matches. There was never a risk of them not qualifying and they sat pretty at the top for a large majority of the campaign but faced an inconsistent set of results. They displayed their fluent best in a 4-0 thumping of the Netherlands but then their frustrating worst in a 0-0 draw with European minnows Luxembourg in the very next match. Overall, they will be satisfied with their qualification with a realisation that their performances need to be significantly improved if they want to win the 2018 World Cup.

There is a bucket load of talent in their squad and very few weaknesses that can be exploited by any team. They have always produced brilliant players and this year is no different. They have such depth that they can field two starting 11’s that would compete for the trophy this summer. As such, just predicting the French World Cup squad is difficult enough. 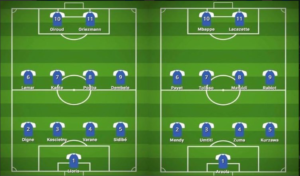 They also possess an impressive mix of talent that will allow them to play a variety of styles depending on the opposition and provide them with a versatility that is associated with champions: 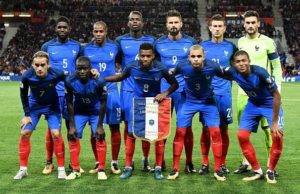 Goalkeepers: Hugo Lloris, 30, is the most experienced player in the France squad, with 94 caps to his name, and will lead the team out as captain in the opening match of the World Cup. Steve Mandanda has returned to his former club Marseille to enjoy first team football again after a frustrating time at Crystal Palace last season. After missing out on some squads in that period, playing regularly once more should be enough for him to come back into contention and join PSG’s number one Alphonse Areola on the plane to Russia.

Defenders: France have got an enormous selection of defenders to choose from and, even with a couple of long term injuries, should still be able to bring eight quality players. With Benjamin Mendy looking likely to be out for the season, Didier Deschamps will replace him with Barcelona full-back Lucas Digne, 24, backed up by layvin Kurzawa, 25, of PSG.

On the right-hand side of defence, Monaco’s Djribil Sidibe has cemented his place in the first XI, starting in their last eight competitive matches. Raphael Varane and Laurent Koscielny have been regular starters for the French team, but due to the latter’s injury problems, it has left a gap open for Barcelona’s Samuel Umtiti and he will surely take his place on the plane.

Midfielders: This refers mainly to those midfielders who will play in the middle three in a 4-3-3 or the two at the base in 4-2-3-1. Deschamps will most likely pick five midfielders and, after including the obvious choices of Chelsea’s N’Golo Kante and Manchester United’s Paul Pogba will leave three spaces for the rest. Moussa Sissoko has had some sort of renaissance for Spurs in recent months and has always been a favourite of the manager, whilst Blaise Matuidi has the experience and quality necessary to improve any team.

Forwards: France’s forward line alone includes established stars, such as Greizmann, Mbappe, Arsenal’s Alexandre Lacazette and Chelsea’s Olivier Giroud along with Kingsley Coman (who is one of the few players to have won the league in France, Italy and Germany). This provides them with the necessary pace, power and skill to beat anyone. Monaco’s Thomas Lemar has also improved his chances of making the squad after his perfomances last season.

Didier Deschamps is in his fourth managerial job, having been reasonably successful with Monaco, Juventus and, most recently, Marseille. The 49-year-old has won trophies at all his previous clubs but his most notable achievements were leading Monaco to the Champions League final in 2004 and managing Marseille to their first Ligue 1 title in 18 years in 2009. 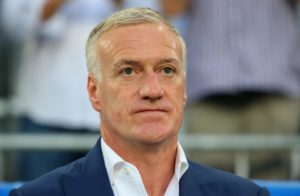 In spite of his previous club success and relative success with France, leading them to the final of Euro 2016, there are still many critics out there. The media and retired players, alike, believe that Deschamps is France’s ‘weakest link’ and coaches his team more like an ‘accountant’ than a ‘visionary’. This all stems from the fact that critics don’t believe Deschamps knows his best team and he has failed, thus far, to work out a system that gets the best out of all his big players.

Didier Deschamps has regularly switched between a 4-3-3 and a 4-2-3-1, confirming the fears that he is still unsure what his best team is. The 4-3-3 formation gives Paul Pogba more freedom in the middle of the pitch and allows him to play more as a box-to-box midfielder. Whilst, the 4-2-3-1 formation gives the team an opportunity to play a target man up top with Greizmann playing behind the main striker.

Having said that, France have still produced some brilliant performances under his reign and will be a constant threat going forward with all the attacking ability they possess. This will give them a great opportunity to lift the trophy for the first time in 20 years.

Dickie Bet will continue to provide up-to-date France world cup betting odds during the tournament. If Les Blues start strong, one can expect the odds to go down, so it might be best to get in early.

However, if they start poorly and they pick up later in the competition, there is an opportunity to get the odds at slightly better rates and see a better return. To make the most of your bet, be sure to check our free bets and exclusive offers so that you have more to play with and can get the maximum return for your bet with Dickie Bet.