Iran were the second team to confirm qualification, after Brazil, for the 2018 World Cup. This will be their second successive World Cup tournament, and their third appearance in four attempts, demonstrating a successful period for Iranian football. They are yet to progress past the group stage in their previous four attempts but will be confident of causing an upset this time around. However, they are still one of the least fancied teams to win the World Cup outright, with lowly odds of 250/1.

DickieBet gives you the opportunity to keep a close eye on these odds and if you ever see any value, you can take advantage with some free bets. 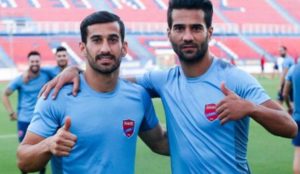 Iranian football has suffered politically in the past, and this has restricted their progress on the biggest stage. Their political isolation has made it difficult for them to organise friendly matches and receive owed money from overseas. Additionally, the government banned two important players solely on political grounds. Masoud Shojaei and Ersan Haji were banned for their involvement in a match in Israel, a country the Iranian government do not recognise.  They were playing for Greek club Panionios FC against Israel’s Maccabi Tel Aviv at the time. The government has also banned females from attending matches and Shojaei, 33, Iran’s suspended skipper, was outspoken in asking the government to lift this ban. These issues have all prevented the country from becoming an International force. As a result, advancing past the last-16 seems unlikely at the 2018 World Cup.

Having said that, Iran, known as Team Melli, qualified from the Asian section with two games to spare. They finished seven points above their closest rival South Korea. Across two stages of qualifying, Queiroz’s men went unbeaten for 18 competitive matches, winning twelve and drawing six. Within these qualifiers, they struggled at times going forward but were impeccable at the back. They set a world record along the way, becoming the first team to go 12 World Cup qualifiers without conceding a goal. With just the five goals were conceded by the end of their campaign. 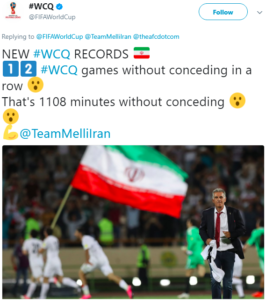 The most impressive results included their unbeaten record over South Korea, winning 1-0 at home and drawing 0-0 away. As a result, Queiroz  fancies his team’s chances of reaching the knockout stages. “My goal and dream is to get to the knockout stage,” he said. “We should not be satisfied with the first round. We need to be ambitious, we need to think big, we will not go to Russia as tourists.” 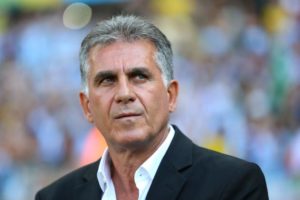 Carlos Queiroz will need very little introduction to Premier League fans. The 64-year-old Mozambique-born coach spent 6 years as Sir Alex Ferguson’s assistant, across two stints, at Manchester United. With an unsuccessful season at Real Madrid in between. He helped United win three Premier League titles, and also led Portugal to the last-16 of the 2010 World Cup.

But little will be known of his extraordinary rise with Team Melli. By the time the Russian World Cup comes around, he would have been in charge of the Iranian team for seven years.  And the level he has reached with the team, during this period, is remarkable, given how few of his players actually play for Europe’s elite. As such, he is viewed as a saviour in the Middle East.

Queiroz has shown his tactical flexibility, switching between a variety of formations, as well as his ruthlessness. He is not afraid to drop star players but also demonstrated his sensitivity in developing young players. He thrives on this development and loves a long term project. A possible reason why he has had so much success here.

At times, however, he has failed to control his emotional side and has quit/threatened to quit multiple times. His passion can get the better of him and has done so through contract disputes and disagreements with the football federation. But this passion is a big part of his success. It is a big part of what the Iranian fans love about him. And through this success, along with the passionate fans, he has helped promote Iran in a positive light. Consequently, Iran should do everything in their power to keep hold of him.