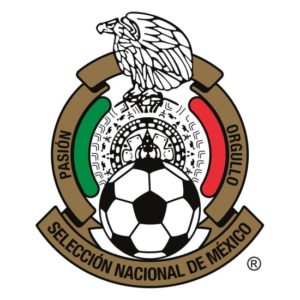 Mexico have been a feature of the World Cup since its inauguration in 1930. They have appeared at 15 tournaments in total, with their best performances coming as hosts in 1970 and 1986. They reached the quarter finals on those occasions, losing out to West Germany and Italy, respectively. It just so happened that in both those years they lost to the eventual finalists. Ans after qualifying for Russia this summer, El Tri will now appear in their seventh successive tournament- their longest run. The Mexicans lost in the Round of 16 in all those six previous appearances and will hope they can go at least one better this time round.

DickieBet will be covering all of this to see if Mexico can take that step further in reaching the quarter finals. Their odds will be frequently updated and opportunities to enjoy free bets will be constantly promoted so keep your eyes peeled.

Mexico have an experienced squad, with around half their players surpassing a half-century of caps. A lot of the same faces that came minutes away from defeating the Netherlands at the 2014 World Cup will be called up again. But one of the biggest absentees could be Rafael Marquez. The 38-year-old former Barcelona defender was one of 22 people sanctioned for alleged ties to a drug trafficking organization over the summer. He has categorically denied these claims, but is still unable to feature in the squad until the investigation is over.

The Mexicans had to get through two rounds of groups in their CONCACAF qualification campaign. They finished top of both, losing only once in 16 matches, proving that their ranking of 16th is no fluke. They also had an impressive defensive record throughout, conceding only 8 goals, whilst keeping 10 clean sheets along the way. Their most notable results were a 2-1 away win against America and a more comfortable 2-0 home victory over Costa Rica. 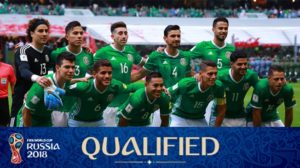 Mexico possess two experienced keepers in Standard Liège’s Guillermo Ochoa and Cruz Azul’s José de Jesús Corona. They both started playing for their country in 2005 and have racked up 141 caps between them. But it is Ochoa who is generally preferred in the big tournaments having played in every match at the 2017 Confederations Cup and 2014 World Cup. Toluca’s Alfredo Talavera should be the third choice if he recovers from major ligament damage in time. Otherwise Rodolfo Cota, of Guadalajara, will take his place.

There is a lot of versatility in the Mexican defence. On the left hand side, there will be competition for places between Porto’s Miguel Layún and UNAM’s Jesús Gallardo. However, both players have offensive and defensive attributes, giving the option of playing one them on the wing if needed. On the opposite flank, Frankfurt’s 24-year-old Carlos Salcedo has been first choice in recent matches, with youngster Edson Álvarez getting some experience as well. But it is in the centre of defence where they have the most talent. Roma’s Hector Moreno and Porto’s Diego Reyes have been the standout partnership throughout qualifying. They started together in 11 of the 16 matches played and provided a solid defensive wall in front of the goalkeeper. UANL’s Hugo Ayala also offered some stability at the back, whilst Mexico’s most capped player, Rafael Márquez, may still make a comeback in time for the World Cup.

Juan Carlos Osorio predominantly plays a three-man midfield, but has mixed it up at times as well. He has also gone for a classic 4-4-2 or 4-2-3-1. The formation will have an impact on the personnel and he has used a number of midfield players throughout the campaign. Real Betis’s Andres Guardado is by far their most important player, though. He is the current captain and the creative hub where all good attacks come from. Porto’s Hector Herrera is also an important piece in the midfield puzzle, starting 14 of the team’s 16 matches, whilst scoring twice. Brothers Jonathan and Giovani dos Santos, both plying their trade at LA Galaxy, should make the squad as well. But Giovani will need to do a little more to guarantee his place. He has not hit the heights expected of him in America and could miss out at the expense of a striker.

Mexico’s forwards have been around for a while. With the likes of West Ham’s Javier Hernandez, Real Sociedad’s Carlos vela and América’s Oribe Peralta, a combination of 92 goals have been scored for the national team. Hernandez is their record goalscorer with 49 goals and will be certain to start this summer. Benfica’s Raúl Jiménez is another experienced striker who played a part in qualification, starting 8 games and scoring twice. 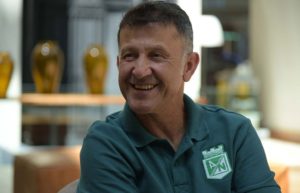 Juan Carlos Osorio is a former Colombian footballer. He spent years combining college football with study in America, and after a number of successful managerial jobs, was confirmed as the Mexico head coach in October 2015, replacing Miguel Herrera.

Osorio spent time as a conditioning coach at Manchester city between 2001-2005, before moving on to become head coach at a number of teams. He had modest success at New York Red Bulls, leading them to the MLS Western Conference one year, before enduring one of the worst records in MLS history the next. His career took an upward trajectory, however, when he moved back to his native Colombia in 2009. Over a six year spell, at two different clubs, he won three league titles, as well as a further three trophies. This alerted the big teams, and in 2015 he was confirmed as the new Mexican team coach.

And they have not looked back since. Osorio led Mexico on a 22-match unbeaten streak that ended in a 7-0 thumping against Chile at the Copa América Centenario, before guiding his team to the semi-finals of the 2017 FIFA Confederations Cup. He has an impressive 66% win record since taking over as Head Coach just over 2 years ago and, after years of trying to crack the game of football, looks to be the right man to lead Mexico to a successful World Cup.

Osorio is a big supporter of the European leagues and his squad selection will be a representative of that. He believes that playing in Europe is a huge advantage, not only by challenging Mexican talent at a high level, but also preparing players for tougher competition. Andres Guardado is a big proponent of that. He has spent most of his career in Europe and is now seeing the benefits by playing some of the best football of his career. The Mexican coach says that even training with some of the best in the world will give a player the edge.

“At the end we (him and Thierry Henry) concluded that the best way to improve (as a player) is through competition. So it’s important that the players compete in Europe, week-in, week-out against the best. And the second best thing is to train with the best, so when you are in a good club you compete on Sundays, but you also compete on a daily basis against your own teammates, so you will eventually get used on competing at that level and you will improve.”