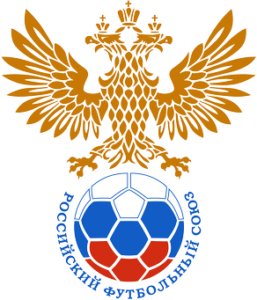 As hosts, Russia were the first team to qualify without even needing to kick a ball. This may come back to haunt them as their opening group game will be their first competitive one for a year. Additionally, Russia are going through some sort of talent crisis at the moment with their squad not what they would expect for a country with as big a pool as they have. For this reason, Bet365 have calculated their odds at 40/1 to win the tournament outright.

DickieBet will be your home for all updates and necessary information this coming World Cup. We will regularly be offering free bets and other such niceties over the summer, so come and join us!

The Russian’s tournament record is poor to say the least. In eight appearances (5 European Championships and 3 World Cups) they have only progressed past the group stages on one occasion. This was in 2008 when an Andrey Arshavin inspired performance helped them reach the semi-finals, only to lose out to eventual champions Spain. Without any standout performers this summer, it seems highly unlikely they will be able to repeat that feat. A realistic target, as host nation, will be to advance past the groups and take it from there. 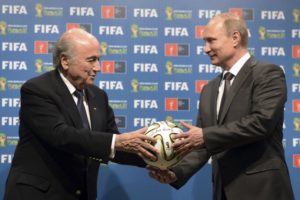 Russian president Vladimir Putin has been very vocal in his disappointment at the Russian team’s poor performances. The ‘fans and those who love Russian football expect better results from our national team’ he said. They have won just the six matches in their past 18. Barring three games at the Confederations Cup in the summer of 2017,  these have all been friendlies. This has restricted the squad’s development as they have been unable to properly test themselves. As a result, the team may be under cooked by the time the World Cup comes around.

Russia could be the only team at the 2018 World Cup to choose a squad full of domestic based players. This was almost achieved at Euro 2016 but for Roman Neustädter, of Schalke 04. Putin has also helped add more quality to the squad by giving citizenship to some long-standing Russian-based players, including; Brazilian Mario Fernandes and Germany-based Neustädter. 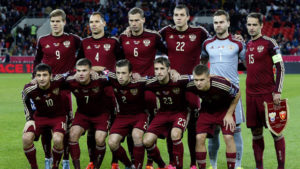 Russia’s number one Igor Akinfeev holds the unfortunate record of going the longest period of time without keeping a Champions League clean sheet. His record, that lasted for 11 years and 39 matches, ended in July 2017 in a qualifier against AEK Athens, of Greece. Something that, he hopes, can act as a good omen going into the World Cup. Arsenal Tula’s Vladimir Gabulov, 34, and Zenit’s Andrey Lunyov, 25, will be favourites to join him on the plane.

After the retirement of centurion Vasili Berezutski, 35, Russia will go to their tournament with a very inexperienced defence. The second highest appearance earner is Zenit’s Igor Smolnikov, 29, with a total of 21 caps. But he seems to have fallen out of favor under the new management and CSKA’s Brazilian-born Mario Fernandes, 27, will look to take his place. Along with Fernandes there are a number of other Moscow based players fighting to get into the squad, including; Spartak’s Ilya Kutepov and Georgi Dzhikiya, and CSKA’s Victor Vasin. Dzhikiya, 23, and Vasin, 29, started all of Russia’s Confederations Cup matches in a back-three and will hope they did enough to secure a starting position for the World Cup.

Russia’s head coach, Stanislav Cherchesov, has predominantly used midfielders in the wing-back role. This was especially so at the Confederations Cup, the only competitive tournament he has been in charge for. Veterans Aleksandr Samedov, 33, and Dmitri Kombarov, 30, both of Spartak Moscow, and Yuri Zhirkov, 34, formerly of Chelsea, have frequently been deployed in these positions. The experienced Alan Dzagoev has had a tough time with injuries lately and has not featured since 2016, whereas Spartak’s Denis Glushakov, 30, looks to be a certainty in the middle of the pitch. CSKA’s Aleksandr Golovin, however, is the star of the show. The 21-year-old has been compared to Andrey Arshavin and he looks to be Russia’s most exciting prospect. He will be used further forward and will be expected to inspire the Russian’s attack.

Artem Dzyuba, Russia’s most prolific striker, has also struggled with injury recently, pulling out of the 2017 Confederations Cup. The 29-year-old has scored 11 goals in 22 matches and is a vital part of the Russian team. However, Zenit’s Aleksandr Kokorin and Krasnodar’s Fyodor Smolov will be tasked with replacing his goals, should he fail to recover in time. They are both fairly experienced players, featuring in all of Russia’s matches at Euro 2016. 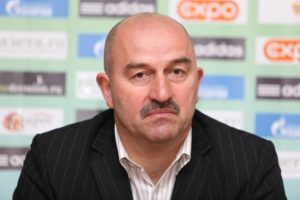 Stanislav Cherchesov was named the new head coach in August 2016, after Russia’s struggles at the Euros. He was set a target of reaching the semi finals at the World Cup which seems very unrealistic. However, the Russian Federation are ruthless and will be expecting the team to at least progress through the group stages. Cherchesov, 54, committed his future to the national team after their poor showing at the Confederations Cup. But the decision of whether he stays or goes may not be up to him.

He has had a very unusual managerial career, struggling for longevity. More often than not, he has been a short-term solution. His previous three roles had all just lasted for one season; at Amkar Perm, Spartak Moscow and Legia Warsaw. And he is yet to manage any club for a full two seasons. Just by leading Russia to the World Cup, he would record longest time in charge of a team. This doesn’t bode too well for the Russian team.

Even so, there was still cautious optimism after his appointment. He is seen as an attacking manager, setting his team up in a 3-5-2 formation. This has given star-man Golovin more freedom going forward and hopefully provide more assurance at the back. Additionally, he has a knack of gaining the respect of big personalities, which can help get the best out of certain players. keep everyone onside until the World Cup.

He has had a difficult first year in charge and it will be unfair to judge him before the tournament starts due to a lack of competitive matches. But if he fails to advance past the group stages, he will be in a precarious position.