are coming into their own once more. They will head to the World Cup in Russia as one of the favourites to win the tournament. Prior to 2008, Spain’s success on the international stage had been limited as they failed to progress past the quarter final stage in any of their previous eight tournaments. But La Selecion Espanola went on an incredible run, winning Euro 2008, World Cup 2010 and Euro 2012 and now they are back to their best.

Spain’s outright winner odds are currently at 7/1, making them one of the favourites of the competition in Russia, just behind France and Brazil. The Spanish squad are backed by some of the most exciting players in The Premier League, Bundesliga and La Liga. The goal is secured by Manchester United’s David De Gea, arguably one of the best keepers in the world at the moment. The defence includes big names such as Barcelona’s Sergio Ramos, Jordi Alba, Pique and Real Madrid’s Carvajal. The maestros in midfield include Koke, Alcantara and rejuvenated David Silva. The team have the depth in squad to make it all the way.

DickieBet is your home for betting this summer. With frequently updated odds and special offers, we also have a list of free bets, so there is no better place to go. We will give you ways to make the most of your bet, including exclusive offers, sign up bonuses and incentives.

Having dominated world football for so long, Spain were brought back down to earth at the 2014 World Cup, failing to get past the group stage. There was always the possibility of a come-down effect after the euphoric period Spain experienced between 2008-2012, where they won every major trophy possible. But there is now a real excitement the new guard are taking over, helping Spain get back to their best. 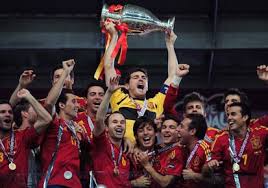 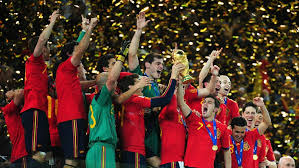 After underwhelming performances at the previous two tournaments, Spain will have gained a huge amount of confidence from qualifying top. Pipping Italy to top spot would have made their qualification campaign even sweeter. The only issues Spain have had to deal with during their campaign have been off-field ones with the increased tension between the Spanish and the Catalans. Gerard Piqué has regularly taken a strong stance. He is vocal in his support of the Catalan independence referendum, coming under a lot of criticism from the fans. They consistently boo his every touch and this seems to have intensified after recent events. This will be considered the only black mark in what was an impressive qualifying campaign.

La Roja, as the national team is known, have some excellent youth coming through, and others who are reaching their peak just in time to become real contenders for the World Cup. Isco is leading this core of youngsters, that includes 21-year-old Madrid teammate Marco Asensio and Chelsea’s 24-year-old Alvaro Morata, who are showcasing their worth frequently at both club and international level. The current team have a good blend of exciting youth and an experienced core to call upon. Manager Lopetegui has also not given up on ‘retired’ veterans such as David Villa who got a recent call up after impressing for New York City FC. 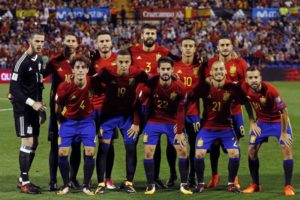 David De Gea has had a brilliant start to the season at Manchester United, keeping 9 clean sheets in his first 11 matches. He is the undisputed number one at both club and international level and is considered one of the best keepers in world football. Napoli’s ever dependable Pepe Reina is next in line. The 35-year-old former Liverpool goalkeeper has helped turn Napoli into a force again, keeping a clean sheet in just under 40% of his league matches (36 in 95).

Real Madrid and Barcelona players dominate the defence, especially in the starting XI. Dani Carvajal, 25, Sergio Ramos, 31, (both Madrid), Gerard Pique, 30, and Jordi Alba, 28, (both Barcelona) will most likely be the back four come the first match of the tournament; unless Pique is forced to pull out due to tension between the Catalans and the Spanish. Their record speaks for itself, winning every available trophy at club level between them, as well lifting major honours for Spain in recent years. Competition for back up defenders will be a lot closer, especially in the full-back position, with a lot of players enjoying regular first team football, including; Arsenal’s Nacho Monreal and Hector Bellerin, Chelsea’s Cesar Azpilicueta, Atletico Madrid’s Juanfran and Real Sociedad’s exciting prospect Alvaro Odriozola.

In central midfield, Barcelona duo Sergio Busquets and Andres Iniesta will be certain to start, most likely in a three-man midfield. Whilst the final starting berth will be fought out between Bayern Munich playmaker Thiago Alcantara and Atletico Madrid’s versatile wizards Koke and Saul Niguez, who should all make the squad at least.

Moving further forward to the creative midfielders. This is where the competition becomes fierce. David Silva has surpassed a century of caps. He is one of the four current players to do so, and has become a vital member of the team. He should be joined by fellow premier league player Pedro, along with Real Madrid teammates Marco Assensio and Isco, who have thrived in the Madrid team in the absence of Gareth Bale.

Alvaro Morata will play a huge role for Spain in the World Cup. He is a versatile striker that flourishes in a lot of different roles, whether it be holding the ball up, running in behind the defence or winning aerial duels. Ironically, he was brought in by Chelsea to replace want-away striker Diego Costa and now it looks as though he has replaced Costa in the Spanish team as well. Costa will only start playing competitive football in January due to the transfer embargo placed on his beloved Atletico Madrid. In spite of this, it is expected that he will regain his fitness and form in time for the World Cup to make the squad. 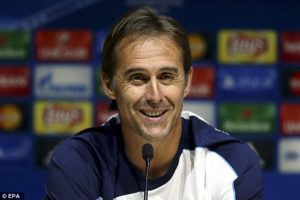 Vicente Del Bosque is a hard man to follow. The former coach of Spain spent eight years at the top of international football. He won the 2010 World Cup and 2012 European Championship, whilst playing some of the best football ever seen. However, his final two years saw a large drop in performances due to retirements and injuries. There was a need for a fresh face at the helm but there was a concern that the replacement would struggle to follow on from Del Bosque’s success.

However, Julen Lopetegui, the man who has been asked to take over this poisoned chalice, has started off brilliantly. He is currently unbeaten, winning 11 of his first 14 matches (9 from 10 in the qualifying campaign) and looks to have settled into international management with ease. A large reason for this is that he knows the Spanish team inside out. He has managed them at every level from U17 and up and this is starting to tell.

Lopetegui has had the bravery and confidence of selecting players that are in form. This gives those players on the peripheral the incentive to work hard. The players know that if they are playing well, they have a great chance of being in the team. He has also frequently stressed the importance of playing until the last minute. Spain normally face opposition who look to frustrate them for long periods but Lopetegui realises that defensive teams tire more as the match goes on. He, thus, encourages his team to attack for the whole match and this was reflected in their qualifying campaign. 22 of their 36 goals (61%) were scored in the second half; nine of them being scored in the final fifteen minutes.

Key part of his plans. ? pic.twitter.com/tQHIxUVVxy

Additionally, various players have flourished under the new management, David Silva in particular.  “You can see the confidence that the coach is giving me and I am very happy. Everything is moving in a positive direction and that is being seen on the pitch. I hope we can keep up this high level,” he said. This demonstrates the togetherness Lopetegui has created and will prove difficult reading for Spain’s closest rivals come the summer.